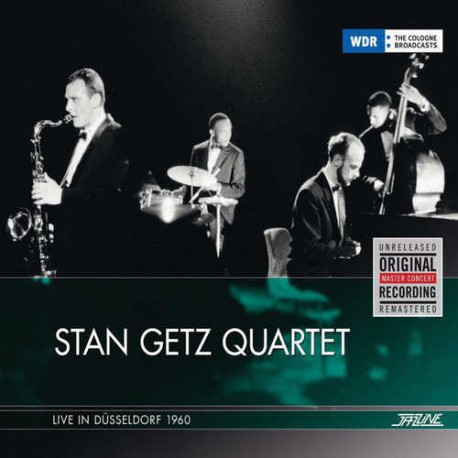 Another never before issued concert from the Spring of 1960 JATP European tour like the one at Kongresshaus, Zürich, April 8, 1960 (TCB-02292). Getz intended to participate in the Spring 1960 JATP tour with three Copenhagen-based musicians: Swedish pianist Jan Johansson, Danish drummer William Schiopffe, and bassist Daniel Jordan (another expatriate American). However, in Paris on the first night of the tour, Getz fired both Schiopffe and Jordan after an argument. For the rest of the tour he borrowed Oscar Peterson's sidemen, bassist Ray Brown and drummer Ed Thighpen, who formed an ad-hoc rhythm section with pianist Johansson reflecting the USA (Getz’s home country) as well as his adopted home in Europe.