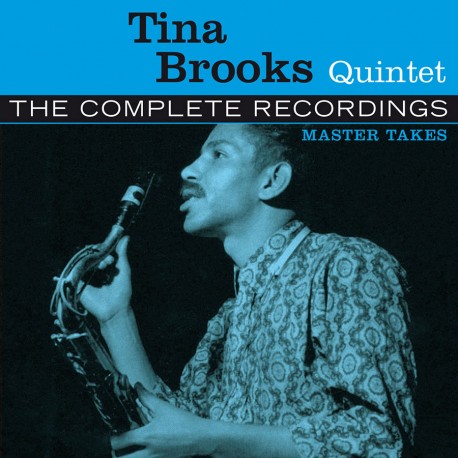 The splendid tenor saxophonist Tina Brooks was one of many ill-fated jazzmen. He made his first recordings with rhythm & blues bands in 1951-52, but his recording career didn't really start until 1958, when he participated on Jimmy Smith's album "The Sermon". Between that year and 1961 he would record a number of superb LPs, either as a leader or participating on other musicians' dates.

This release presents all of the quintet studio albums he made under his own name, in chronological order. Due to personal problems, Brooks would stop recording in early 1961 and wouldn't be heard from again prior to his death in 1974, at the age of 42. Included on this set are the complete classic original albums: Minor Move, True Blue, Back to the Tracks, and The Waiting Game. Featured with Tina Brooks are such stars as Lee Morgan, Freddie Hubbard, Johnny Coles, Jackie McLean, Kenny Drew, Duke Jordan, Paul Chambers, Art Blakey, and Philly Joe Jones, among others.

TINA BROOKS, tenor sax on all tracks, plus: