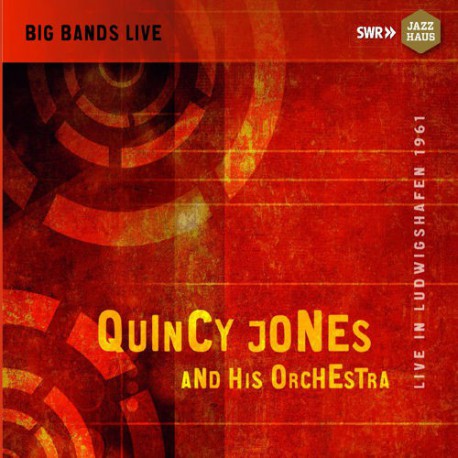 The Quintessence was the title of an iconic 1961 Impulse! LP by Quincy Jones & His Orchestra and one can hardly think of a better way to describe the sound of Jones’ modern, progressive and groundbreaking big band at its pinnacle. The same sound can be heard on the outstanding new release, presenting a performance by the band recorded that same year in Ludwigshafen by the German radio SWR (formerly SWF).

This previously unreleased concert is one of the very few testimonies left by this star-packed but unfortunately short-lived formation, which was disbanded shortly after this European tour due to the leader’s impossibility to afford its costs. The amazing music captured for posterity and presented on this set speaks for itself.