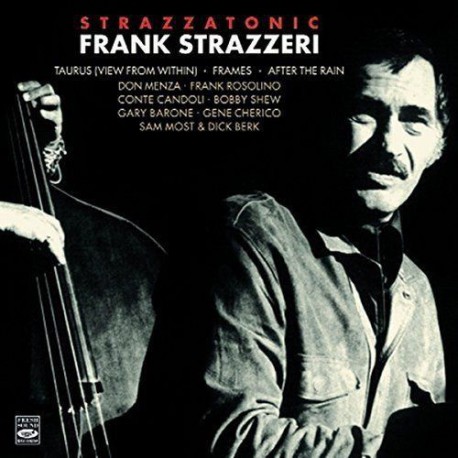 An utterly devoted jazz musician, Frank Strazzeri transformed his many influences, among them Bud Powell, Horace Silver, Carl Perkins, Hank Jones, into an inventive, direct, exciting, cliché-free personal expression, distinguished by an absence of superfluous gesture, and delivered with a crisp, bright sound in medium and fast tempos. And he was also to reveal a considerable talent as a composer on his own records.

On the three albums included here, Taurus (1973), Frames (1975) and After the Rain (1975), he wrote all of the material and used, including Don Menza, Frank Rosolino, Gary Barone, Conte Candoli, Gene Cherico and Bobby Shew, who spoke glowingly of him as “a giant, a master, an incredibly underrated player, a complete genius.” These albums show why he was so revered by his peers.