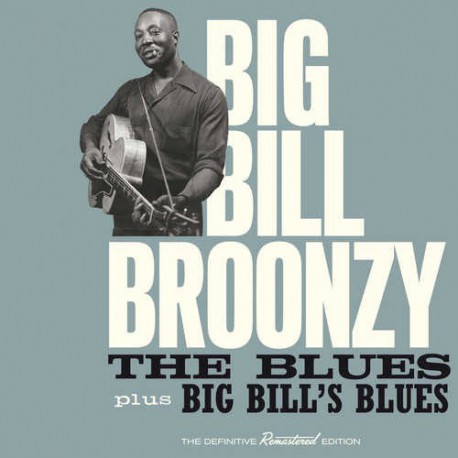 THE BLUES Plus BIG BILL’S BLUES

One of the most popular and important figures of the acoustic blues tradition, the legendary Big Bill Broonzy combined ragtime and hokum blues with elements of folk, country and urban sounds in his songs. His lyrics often touched on African-American dignity. With his earthy, rock-solid guitar playing, Broonzy created a style that foreshadowed the post-World War II Chicago sound, which was later defined by such artists as Muddy Waters and Willie Dixon.

This quintessential CD release includes two of Broonzy’s finest albums, both issued in 1958: The Blues, and Big Bill’s Blues. Highlights include such well-known numbers as “Key to the Highway,” “Trouble in Mind,” “See See Rider,” “Southbound Train,” and “Hey, Hey,” among others. Both masterpieces have been remastered and packaged together in this very special collector’s edition. Without a doubt, this is an indispensable set for any fan of acoustic blues.