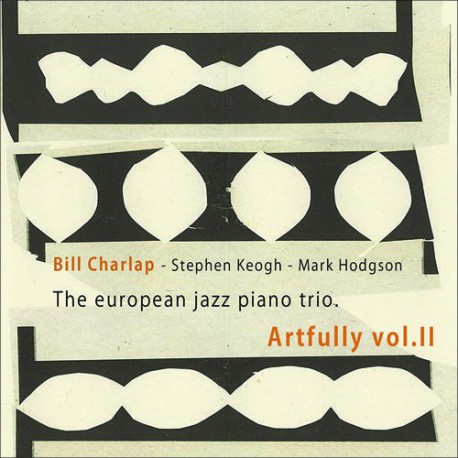 Bill Charlap’s touch on the keyboard is light, almost stealthy, even when playing full chords, but always firm, clear and beautifully articulated. With the spirited support of Mark Hodgson bass and Stephen Keogh drums, it shows a trio which is, arguably, one of the best at casting spells. It has an ease and elegance that are rarely found in jazz.

This new album is the second instalment of a collection of recordings made at London’s Pizza Espress in 2011. As Scott Hamilton writes in the liner notes of the first volume “this is the type of trio which one dreams in finding out, great soloists with a huge sense of swing”

There is a magic peculiar to piano trios; an atmosphere so wrapped that even up tempo pieces feels like ballads. Bill Evans could create that hush, or Keith Jarrett and a very few others and this includes, as well, Bill Charlap.