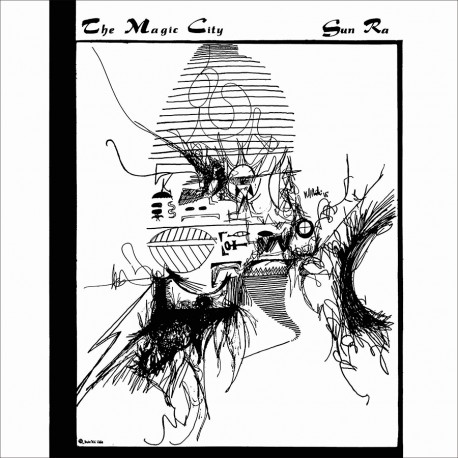 It is impossible to point to a single Sun Ra album as being his best. One would be better served waving a hand (or fully-extended arm) towards the Arkestra's output from the late '50s onwards and nodding, "There."

However, if your record shelf is about to collapse under the sheer weight of Saturn, there is really nothing like The Magic City. Recorded in 1965 just after the Heliocentric Worlds sessions for ESP, The Magic City captures some of the fiercest group improvisation ever. The epic title track alone is worth the price of admission.

PERSONNEL ON SIDE A:

PERSONNEL ON SIDE B: