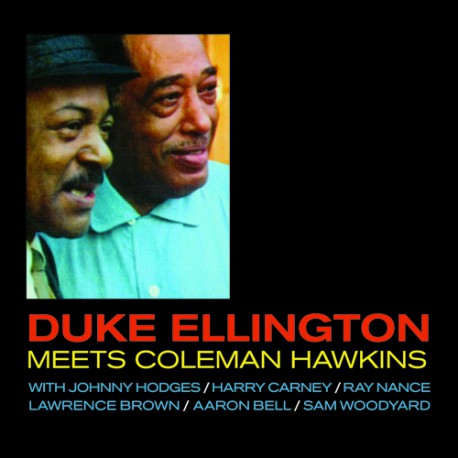 Even though Duke Ellington and Coleman Hawkins had both been well-known jazzmen since the early 1920s and continued to be successful until their deaths, their only recorded encounter was the LP "Duke Ellington Meets Coleman Hawkins" (Impulse AS-26), taped in 1962 and presented here in its entirety.

Five additional songs consisting of Hawkins performing compositions by Duke or from the Ellington band’s songbook have been included here as bonus tracks. Among them is the saxophonist’s rarely heard only existing reading of the beautiful “The Star-Crossed Lovers”, from the Ellington-Strayhorn Shakespearean suite Such Sweet Thunder.