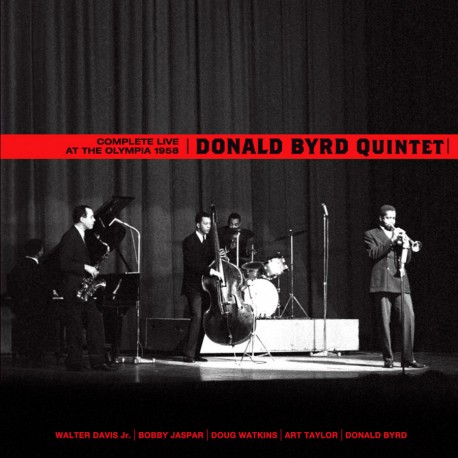 Complete Live at the Olympia 1958

Complete Live at the Olympia 1958

This release presents the complete October 22, 1958 concert by the Donald Byrd Quintet with Bobby Jaspar, performed at the famous Olympia Theatre. It contains both volumes of Byrd in Paris (Brunswick LP87903 & 87904) in their entirety, plus a rare version of "More of the Same" that is from the same performance but was only previously available on a long out of print compilation.

Further tunes by the same group recorded at a Paris club a few days later (including three versions of songs that were also performed at the Olympia) have been added as a bonus.