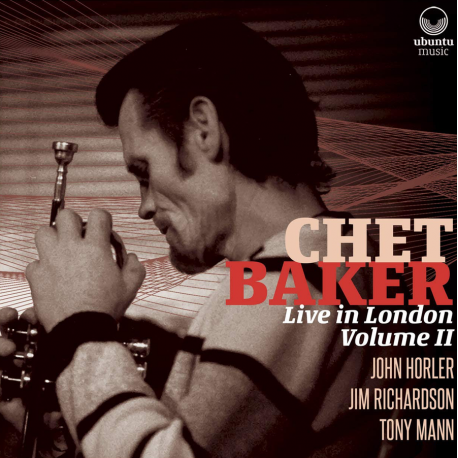 Chet Baker completists need deep pockets: he recorded over 100 albums during his lifetime, and many more have been released since. A couple of years ago Ubuntu added to this long list with the first double CD set of live material from a week of London shows Baker played in late March 1983. Now here comes a second collection from the same residency. The venue was a short-lived jazz club in Great Queen Street, Covent Garden, called The Canteen – previously Blitz, headquarters of the New Romantic movement.

Ubuntu Music has been granted the exclusive rights to releasing a series of recordings from 1983 that Chet made in London, at the Canteen Club. He is accompanied by the John Horler Trio, with Horler on piano, Jim Richardson on bass and Tony Mann on drums. This is one of the only known series of Chet performing live in London, and was released in late 2016. Aptly titled 'Live in London', the two CD set received exceptional worldwide critical acclaim and a second release is under consideration.