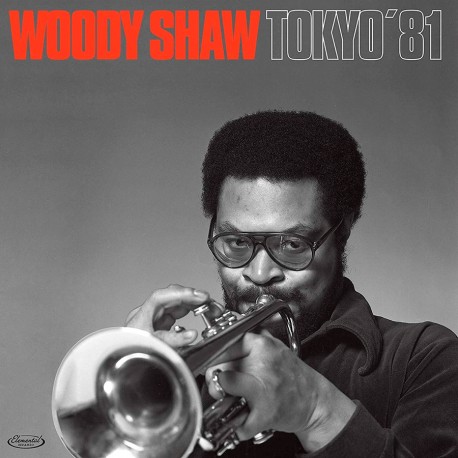 Woody Shaw Tokyo 1981 opens with a stellar rendition of Shaw’s signature tune, the famous 69-bars of “Rosewood,” which is here played at a faster tempo than on the original studio recording. A straight reading of Thelonious Monk’s “`Round Midnight” with gorgeous solos by Shaw and Turre follows. In the ballad “From Moment to Moment,” Shaw shows his softer side and uses his warm, generous tone to its fullest. A swinging reading of Shaw’s waltz “Theme for Maxine,” closes the show. Written for his manager Maxine Gordon, this tune became something of a theme song for Shaw and was a constant presence on his concert set lists. This package also contains a bonus track from a concert of the Paris Reunion Band recorded live in Den Haag, Holland on July 14, 1985. Besides Shaw and Dizzy Reece on trumpet, this ‘80s ensemble of one-time ex-pats included saxophonists Johnny Griffin and Nathan Davis, pianist Kenny Drew, trombonist Slide Hampton, Jimmy Woode on bass and Billy Brooks on drums. Here they dig in on Shaw’s “Sweet Love of Mine,” an oft-covered number, probably best known in versions by Art Pepper and Jackie McLean. This version is highlighted by a heated competition in solos by Shaw, Griffin and Drew and a gorgeous trumpet cadenza by Shaw in the finale.

“Throughout the many years of archiving and consolidating elements of my father’s personal and professional legacy, I have been amazed at just how deeply inspired and moved people are by Woody Shaw’s musical spirit, and how increasingly relevant his music has become to the contemporary music world. The recording that you have before you is a testament to the timelessness of Woody Shaw’s legacy, and the relevance of his sound and music to our world today.” -WOODY LOUIS ARMSTRONG SHAW III (2018)

“Like all great bands, this quintet is comprised of musicians who were destined to play together. The blend and empathy of Shaw and Turre and the interlocking precision of Miller, James and Reedus made for an incredible and originalsounding ensemble. Woody’s passing at age 44 on May 10, 1989 makes the discovery of these new recordings of his music an invaluable addition to his amazing legacy.” -MICHAEL CUSCUNA (2018)