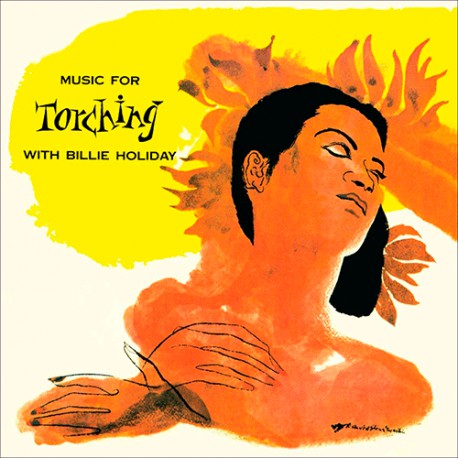 After an impasse in which she mostly recorded with tightly arranged groups (for Commodore) and big bands with strings (for Decca), Billie signed her last long-term contract with Norman Granz. He had showcased her as a star with his Jazz at the Philharmonic tours in the mid- and late forties, and when he signed her as a recording artist in 1952, he tried to repeat the small group magic of her early days. She participated on various sessions surrounded by old friends like Benny Carter, Ben Webster, Harry “Sweets” Edison”, Charlie Shavers and Cozy Cole, all of whom had participated on dates with her in the 1930s, plus other big names from Granz’s payroll at the time, such as Paul Quinichette, Flip Phillips, Oscar Peterson, Alvin Stoller, and Tony Scott.
The results were uneven, as Billie’s unhealthy lifestyle had caught up to her by this point, and would lead to her death in the early hours of the mornin of July 17, 1959, at the age of 44. However, many masterpieces were made during the six years from 1952 to 1957, including the two albums comprised here, Music for Torching with Billie Holiday (Clef MGC-669), and Velvet Mood (Clef MGC-713), both of which were recorded during the course of two sessions with the same personnel, in Hollywood, in August of 1955.