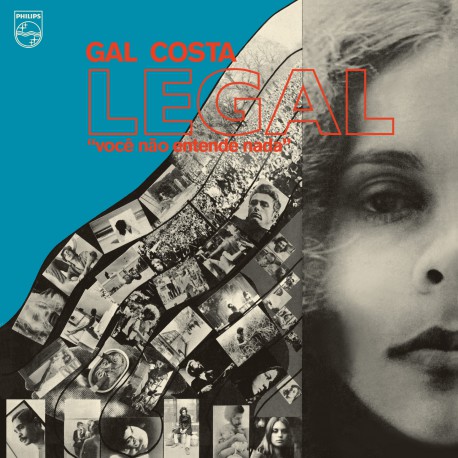 Notificarme cuando esté disponible
Elemental Music, together with Universal Music Spain proudly presents a new CD reissue of this long unavailable 1972 recording by the influential CAETANO VELOSO, considered the leading figure in Brazil’s Tropicália movement. Transa is generally regarded as a classic and was recorded while the artist was exiled in London, though he returned to Brazil shortly after completing it.

The sound of ‘70s electric rock predominates, fused with Brazilian rhythms and percussion, berimbau sounds, and his own violão playing. Perhaps this is why this album has seemed to gain in stature over the years. It offers enough Western styles to keep outsiders interested but also sounds undoubtedly Brazilian.

It also helps that it features strong numbers as “You Don’t Know Me”, “Nine out of Ten” (his best song in English according to Caetano himself), “Neolithic Man” and “Mora Na Filosofia” (a song that originally caused uproar thanks to its rock treatment of a classic samba). “Nostalgia (That’s What Rock ‘n’ Roll Is All About)” can also be seen as the template for Devendra Banhart’s first albums. Transa was listed by Rolling Stone Brasil as one of the 10 best Brazilian albums ever and Pitchfork elected “You Don’t Know Me” as the 73rd best song from the seventies.

Recorded in 1971 at Chappells Studios, London.

Recorded in 1971 at Chappells Studios (London).