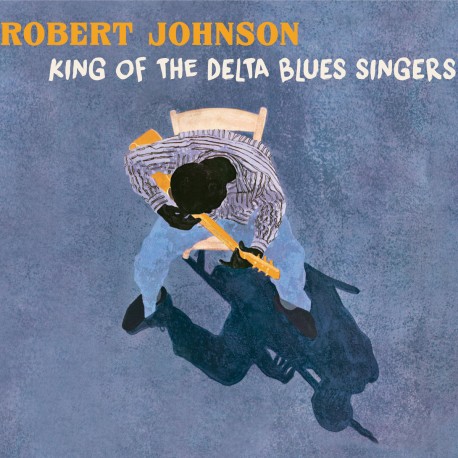 King of the Delta Blues Singers

The legendary Robert Johnson stood at the crossroads of American music. He became the first modern bluesman, evolving the country blues of the Mississippi Delta during the 1930s. Johnson’s life came to a premature and mysterious end in 1938, at the age of 27. By 1961 he had become something of a mythical figure. Some people had heard of him, but few had listened to his music. That all changed when this essential album, King of the Delta Blues Singers, was compiled and released by Columbia. It sparked a whole new generation’s interest in Delta blues.

The LP includes 16 mono recordings that were originally made during two extended sessions in 1936 and 1937. It became the first album to be inducted by the Blues Foundation into the Blues Hall of Fame, and in 2007 Mojo magazine ranked it number 6 on its list of 100 Records That Changed the World.

In addition, this collector’s CD includes 11 bonus tracks, consisting of master takes waxed during the same dates and previously issued by Vocalion as 78s. Although none of these tracks are newly discovered and most will be familiar through the originals or endless covers, they still sound exciting 80 years after their creation (as powerful and affecting as ever). Johnson’s music covers the full spectrum of human emotion: lust, humor, fear, sadness, and elation. Even at his most low down, Robert Johnson’s music still expresses an intense joy in creation.