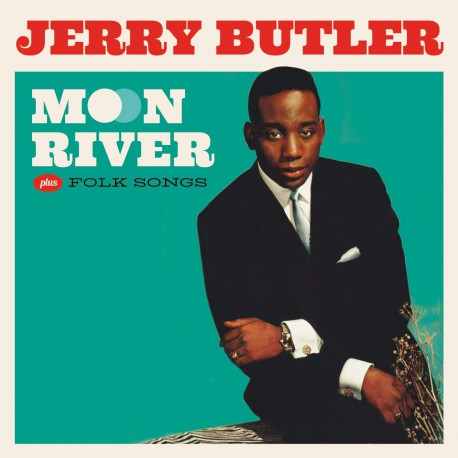 Chicago soulman Jerry Butler is one of the most distinguished voices in popular music. He was a creative collaborator to icons such as Curtis Mayfield and Otis Redding. Along with Sam Cooke, Ray Charles and Clyde McPhatter, Butler laid the foundations of the soul movement in the late ‘50s. His dignified carriage and unflappable demeanor (soulful as ever, yet smooth as ice) are what earned him the nickname “The Iceman.” This collector’s release includes two of Butler’s most overlooked albums from the onset of his solo career (following Jerry’s seminal work with The Impressions): Moon River and Folk Songs. Originally issued by the Vee-Jay label, and long unavailable, both albums have been remastered and packaged together on this essential CD edition, which also includes 4 bonus tracks from the same period.