> Sellos>Waxtime 500>And Here She Is (Limited Edition) 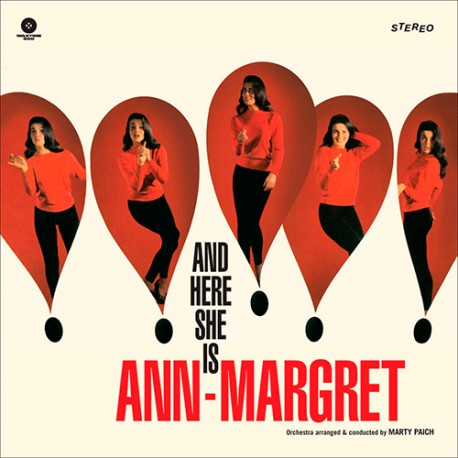 And Here She Is (Limited Edition)

Born in Sweden on April 28, 1941 (she is 76 at this writing), Ann-Margret Olsson – better known simply as Ann- Margret – enjoyed a successful career in the United States as an actress, singer, and dancer. She is best known for her roles in films such as Bye Bye Birdie (1963), Viva Las Vegas (1964), The Cincinnati Kid (1965), and Tommy (1975). She has won five Golden Globe Awards and was nominated for two Academy Awards, two Grammy Awards, a Screen Actors Guild Award,and six Emmy Awards. Her singing and acting careers span Nfive decades, starting in 1961.

This release presents Ann-Margret’s debut album, And Here She Is (RCA Victor LSP-2399), which finds her in the company of the great arranger and conductor Marty Paich.