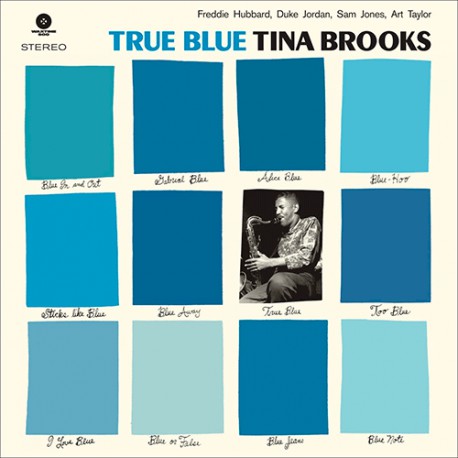 This release presents Brooks’ complete LP True Blue, one of his most outstanding works, Nfeaturing Freddie Hubbard (with whom Brooks had recorded the album Open Sesame the previous week, on June 19) and Duke Jordan. Brooks would never record again after mid-1961. Throughout that decade he picked up occasional Latin and R&B gigs, but mainly worked in clubs around the Bronx. Even though his work inspired younger Bronx musicians like trumpeter Charles Tolliver and drummer Barry Altschul, Brooks never really “made it.” Perhaps part of the reason was his shy, reserved personality. Brooks was also one of the many jazz artists of his day who had a chronic drug habit. The inevitable short hospital and prison stays would keep him off the music scene intermittently. After several years of illness, which rendered him incapable of playing his instrument, Tina Brooks died of kidney failure on August 13, 1974. He was just 42.

(*) Bonus tracks: from the same sessions, but not included on the original LP.