> Sellos>Clean Feed>A View of the Moon (from the Sun) W/ C. Corsano 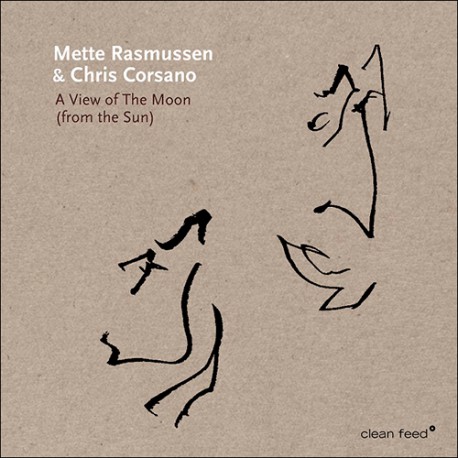 A View of the Moon (from the Sun) W/ C. Corsano

Mette Rasmussen’s and Chris Corsano’s partnership continues after five years of concerts, being “A View of the Moon (from the Sun)” its second album, after “All the Ghosts at Once”. All the attraction of the two musicians for the extreme keeps very much alive and it seems now not just a process but an entire program, signaled by the title of the first track, “Many People Were Scandalized – Some Still Are”.

Recorded on July 4, 2015 at Cankarjev dom in Ljubljana, Slovenia.

01. Many People Were Scandalized - Some Still Are
02. Folding in on Itself
03. Let's Have a Raincheck on the Franchise
04. Today´s White Blood Cell
05. Well Now, There, Then
06. You´re Breaking Up, The House Is Going Through a Tunnel
07. A Detail
08. Another Detail