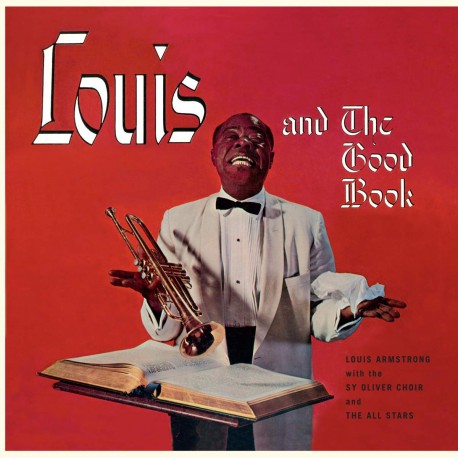 The album included here was among the “pop intended” productions Decca put into the market in the mid- fifties, in an attempt to sell Louis Armstrong to a wider audience. In fact, in addition to being a seminal jazz figure both as a trumpeter and as a vocalist, Louis had always been a true pop artist. Having Joe Glaser as his agent, Louis was also one of the few jazz musicians with the freedom to record for as many companies as he wished at the same time. During the same years in which Decca’s Milt Gabler produced these pop LPs, Norman Granz made Louis record more straight ahead jazz albums with Ella Fitzgerald and Oscar Peterson, as well as the classic rendering of Gershwin’s Porgy and Bess with Ella and an orchestra conducted by Russell Garcia. This said, it must be pointed out that Gabler was also responsible for recording Louis in one of the most satisfactory projects of his later years, a multi-LP set titled A Musical Autobiography, on which Satch revisited old songs and blues he had recorded in the twenties and thirties and which he hadn’t played for a long time.