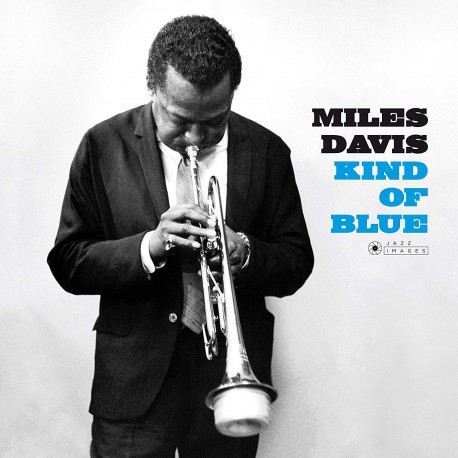 Kind of Blue remains one of the most iconic and influential jazz albums of all time. In his autobiography, Miles discussed his intentions for this unique body of compositions and the conditions in which it was recorded: “I found a new piano player in February [1959]; his name was Wynton Kelly. There was another piano player that I liked and his name was Joe Zawinul (he would play with me later). But it was Wynton who came into the band. Wynton was from the West Indies, from Jamaica, and had played with Dizzy for a minute. I loved the way Wynton played, because he was a combination of Red Garland and Bill Evans; he could play almost anything. Plus, he could play behind a soloist like a motherfucker, man. Cannonball and Trane loved him, and so did I. Wynton joined us just before I was going into the studio to make Kind of Blue, but I had already planned that album around the piano playing of Bill Evans, who had agreed to play on it with us. We went into the studio to record Kind of Blue on the first or second day of March 1959. We had the sextet of Trane, Jimmy Cobb, Paul, Cannonball, myself, and Wynton Kelly, but he played on only one tune: “Freddie Freeloader.” That song was named after this black guy I knew who was always seeing what he could get from you free, and he was always around the jazz scene. Bill Evans played on the rest of the tunes. We made Kind of Blue at two recording sessions – one in March and the other one in April.”