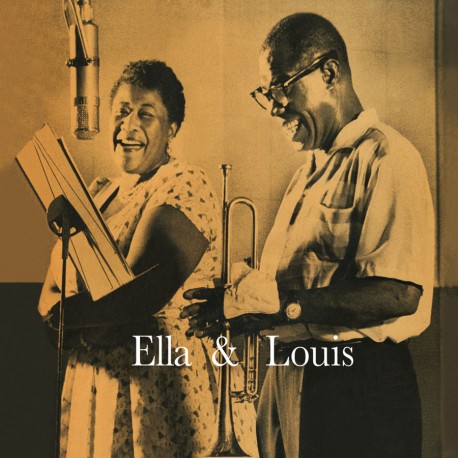 Louis Armstrong’s career began nearly 15 years before Ella Fitzgerald’s. In fact, Louis Nwas one of Ella’s first musical idols. By the early Forties, Ella was already a wellknown star. Although both Ella andLouis had probably met and performed together previously, they wouldn’t be heard on record as a duet until January 1946, when they waxed the first of a few Decca sessions. These dates had no real concept and were limited to pop tunes from that period.

The situation would dramatically change on the three LPs they made between 1956 and 1957 for producer Norman Granz’s Verve label. Those memorable albums were Ella & Louis (Verve MGV-4003, presented here), its sequel Ella & Louis Again, and the selection of tunes from George Gershwin’s folk opera Porgy & Bess. Their complete Decca master takes have been added as a bonus.