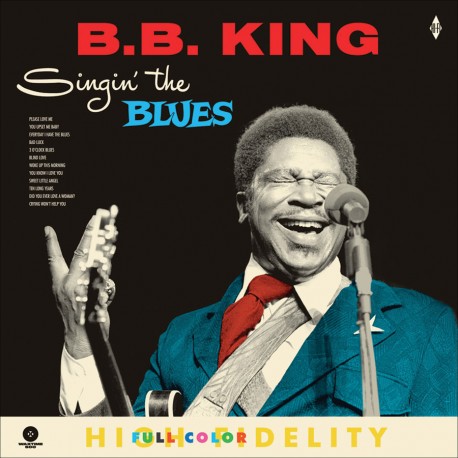 This essential LP release includes B.B. King’s splendid album, Singin’ the Blues, which was originally Nissued in 1957 and marked his first NLP on the Crown label (a subsidiary of the Bihari brothers’ Modern Records). It’s a superb collection of King’s early hits, originally released on the RPM label between 1952 and 1956. In five short years, B.B. King had matured from an artist looking for a style to the premier bluesman Nof his generation. His modern style that crossed rock & roll and R&B Nwith the jump blues is fully developed here, and his consistency from Ntrack to track is remarkable. This is the material upon which B.B.’s kingdom was built.

In addition to the original LP, this collector’s edition includes 4 bonus tracks from the same period: “Ruby Lee,” the heart-felt blues ballad “Lonely and Blue,” and the joyful “Jump with You, Baby” and “Yes, Indeed!