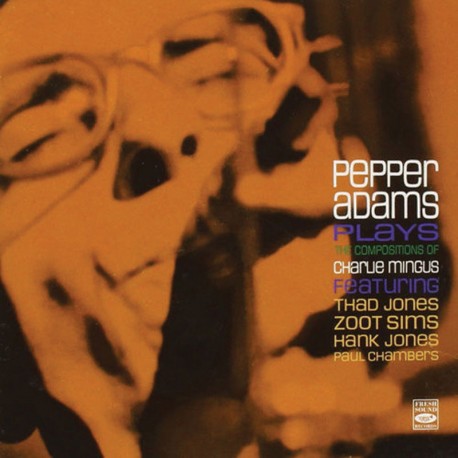 Plays the Compositions of Charles Mingus

Plays the Compositions of Charles Mingus

The Charlie Mingus compositions that make up this album were carefully selected over a period of months by Mingus himself, Pepper Adams and Teddy Charles as being most representative of his music.

Recorded in New York in September 1963, they constitute an outstanding cross-section of passionate, unconfined jazz that runs from the blues, through ballads, and swing tunes on to more experimental sounds. Under the leadership of baritone saxophonist Pepper Adams, who assembled a group of outstanding jazzmen, including Thad Jones, Zoot Sims, Hank Jones, Benny Powell, Paul Chambers, Bob Cranshaw and the Mingus alumni, Dannie Richmond and Charles McPherson, the playing is strong, driven by their intense and creative responses to these emotionally and, at times, politically- charged Mingus compositions.

All compositions by Charles Mingus.