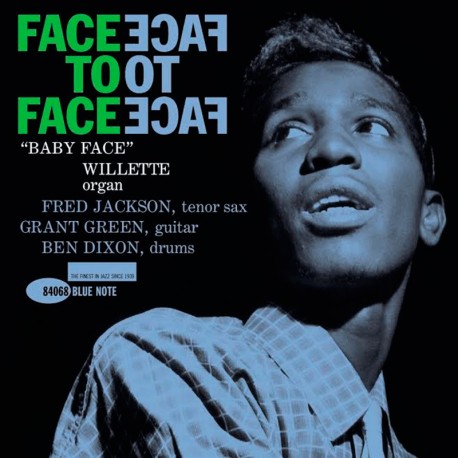 Hammond B-3 organ soul jazz fans know and love the music of Jimmy Smith, but lesser known is the tragically short life and career of Roosevelt "Baby Face" Willette who produced some of the deepest grooves ever recorded on the B-3 on just two Blue Note albums recorded in 1961. Willette’s debut Face to Face is a showcase for his blues-drenched organ pyrotechnics. Joined by the brilliant guitarist Grant Green, tenor sax master Fred Jackson and the rock-solid drums of Ben Dixon.