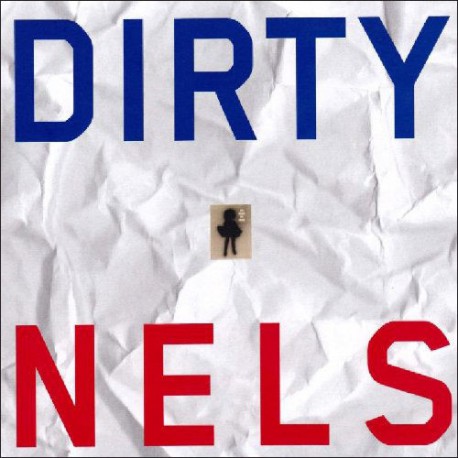 This sumptuous double-CD box set includes more than an hour-and-a-half of new music by Cline for two large ensembles with  music  conceived to accompany 66 paintings by L.A. pop-art vet Ed Ruscha reproduced in the CD booklet.  Includes insightful liner notes by Nels in a third booklet graced by session photos.

Cline's orchestrations offer a panoply of sound and vision: from pedal steel and cigarbox guitars to harmonica, banjo ukulele, violin, cello, saxophone and trumpet, all the way through Cline's mysterious Quintronics Drum Buddy. In both composition and execution, this is a recording of ambition, scope and surprise: it sheds new light (and new sound) on Ruscha's groundbreaking images, and provides a major feast in its own right.


Allaboutjazz Review by Mark Corroto
Those not hearing Nels Cline's music lately just aren't listening. Besides gracing rock band Wilco's albums and live shows, he seems to be the hottest jazz/improv guitarist of late. Right on the heels of his two-disc Initiate (Cryptogramophone, 2010)—maybe the jazz record of the year—he drops another double set, Dirty Baby, which is part of an art book, published by Delmonico Books Prestel, that re-contextualizes 66 works by artist Ed Ruscha with music and spoken word. These two CDs have the music and smaller reproductions of the Ruscha work in a beautifully designed box.

Cline was recruited for this project by producer David Breskin, the organizer of Bill Frisell's tribute project, Richter 858 (Songlines, 2005), set to Gerhard Richter's abstract paintings. Dirty Baby is organized into two parts: "Side A" is CD1, and is a continuous, 42-minute composition that follows the pre-history, history, and post- history of America, from primordial ooze to what sounds like post-apocalyptic stasis. Beginning with the gentle strumming of his acoustic guitar that is mirrored in the left and right channels, Cline builds the New World as a sunrise of harmonica (Bill Barrett), plus his Nels Cline Singers mates—bassist Devin Hoff and drummer Scott Amendola—who awaken to the possibilities of this world. As the piece builds, so does the complexity and the musicians, adding organ, piano, percussion and additional guitars. Following the 33 Ruscha artworks, the suite tracks through genocide, the western settlement, consumerism and finally the Iraq wars. The complexity segues into a funky mix "Part IV," and then a the swampy jam "Part V" that ends as simply as the suite began.

If "Side A" was a congruent whole, then "Side B" is entropy. It was conceived as 33 pieces for the 33 Ruscha artworks. Cline and his collaborators perform an encyclopedic array of styles and forms, the pieces clocking in from a half minute to three-and-a-half to explore noise, rock, free jazz and chamber classical, much like the work of John Zorn. Don't like a piece? It will be over in a minute, but same for the ones you enjoy. Is that not similar to walking through an exhibit of Ruscha's art?