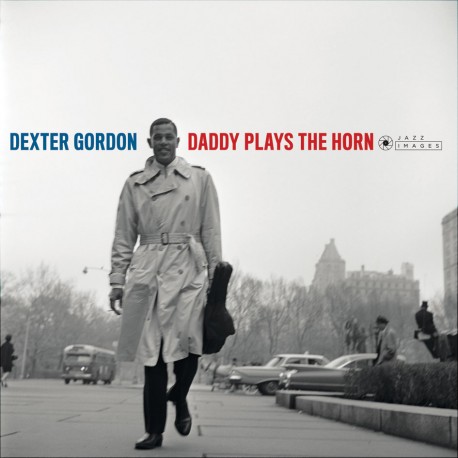 Considered one of the first bebop tenor saxophonists, Dexter Gordon (1923-1990) possessed a very distinctive and profound sound. Some of the best-remembered moments of his superlative career were his tenor battles with fellow tenor saxophonist Wardell Gray from 1947 to 1952 and his leading role as an actor in the film ‘Round Midnight in 1986, for which he received an Academy Award nomination for Best Actor. After a period of his life, in the early 1950s, when he was deeply submerged in a chronic drug addiction, Dexter was miraculously able to reignite his career in the latter part of 1955. After several years of being out of the spotlight, he resurfaced on the Big Apple-based Bethlehem label with Daddy Plays the Horn. Joining him are Kenny Drew on piano, Leroy Vinnegar on bass, and Lawrence Marable on drums. This was Gordon’s first collaboration with Drew (1928-1991), with whom he’d work and record intensively throughout the 1960s and 1970s after both musicians settled in Europe.