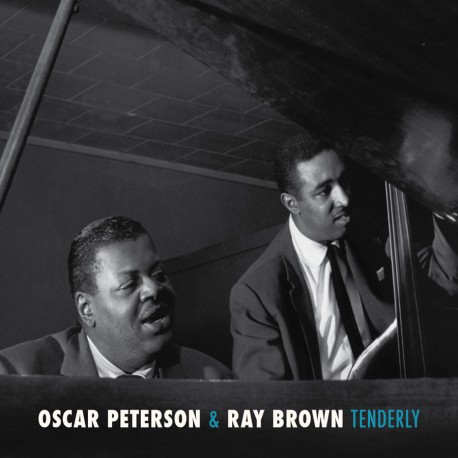 During the early years of his career, pianist Oscar Peterson recorded as an accompanist for many stars, but also as a leader. While most of his sessions were with his trio, Tenderly (Verve MGV-2046/Clef MGC-696) showcases him in piano-bass duets with Ray Brown and Major Holley. Although he had been recorded by Granz playing at Carnegie Hall on September 18, 1949 (the three tunes were eventually released), the March 1950 date with Ray Brown marks the pianist’s first American studio recording. Peterson’s original composition – the first tune recorded at that session – was appropriately titled “Debut”. The complete album Keyboard: Music by Oscar Peterson (Verve MV-2666/Clef MGC-697), which was recorded during the same sessions, has been added as a bonus.