> Sellos>Arbors>Our Love Is Here to Stay 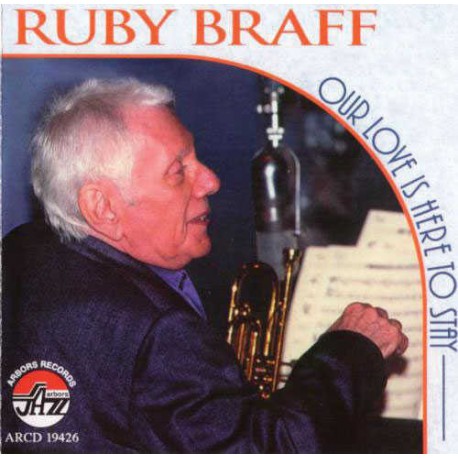 Our Love Is Here to Stay

Our Love Is Here to Stay

You are now listening to good music from a musician who is beyond category. Ruby Braff was an original creative artist. There is no need to argue whether he should be labeled as traditional, mainstream, swing or modern in his approach. He was all of those and simply used his remarkable skills to create beautiful musical performances. His tone and style are instantly recognizable to anyone who takes the time to listen. Perhaps some will see this as just another recording by Ruby Braff, but I value each of his recordings as a musical treasure. He brings beauty to the world, and that is a precious contribution to the ongoing history of good music. From the album notes by Tom Hustad, Emeritus Professor of Marketing at Indiana University. His definitive book about Ruby Braff, Born to Play, will be published by Scarecrow Press in 2011. Ruby helped him during the final five years of his life and Ruby’s fans have provided him with access to a number of private recordings of Ruby’s performances from several continents.