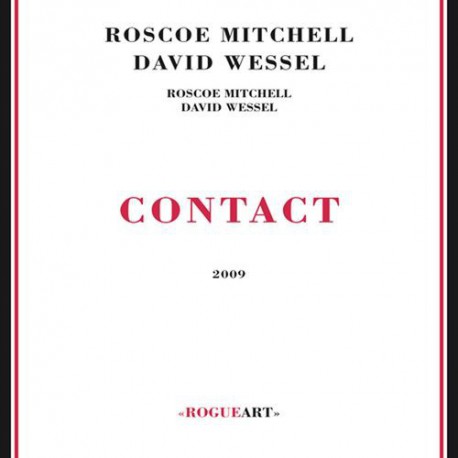 Notificarme cuando esté disponible
CD + DVD  -  DIGIPACK EDITION
David Wessel, despite whatever label on can attach to his music, is very familiar with the musical object commonly called jazz (never mind the name we give to this music which is both one and multiple, pushing the limits of its frontiers, the importance being that it exists, whatever the label). He has also played with George Lewis, Steve Lacy to name but a few; several times during later meetings, David told me of his admiration for the drummer Oliver Johnson, found dead in tragic circumstances one morning in March 2002 in the Halles square in the heart of Paris... Roscoe Mitchell Mitchell, from the Art Ensemble of Chicago to his performances with Thomas Buckner, to his Note Factory and numerous other groups, is not a stranger to adventure as long as it serves the cause of music... This duo is an evidence in itself. When we know that their first musical encounter dates from the 80’s (as witness a first concert in 1986 at IRCAM), we can only be surprised that their musi has not been diffused more widely... Roscoe Mitchell and David Wessel are of those, each in his own right, who push musical expression to its furthest limits. No cold rigour her, no search of form for form’s sake; music, complex, refined, is warmly offered to the audience. - Michel Dorbon, excerpt from the liner notes
PERSONNEL:

CONTACT is made of a DVD filmed during the October 20th 2004 concert at IRCAM (Paris, France) and of a CD recorded in Berkeley (California, USA) on October 13th and 14th 2002.