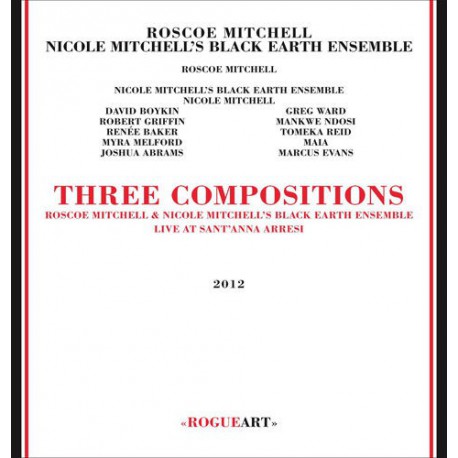 On Three Compositions, veteran Chicago saxophonist Roscoe Mitchell's scores are interpreted by an established grouping with an AACM lineage, namesake flautist Nicole Mitchell's Black Earth Ensemble, unlike his previous album of written material, Numbers (Rogue Art, 2011), which featured a varied cast of contemporary players. It makes all the difference. This performance was one of three by the flautist's band at the 2009 edition of Sardinia's Sant' Anna Arresi jazz festival, and is captured here in sparkling clarity. Mitchell's subtle but richly detailed charts, often involving subsets of musicians, are brought vibrantly into focus by the Black Earth Ensemble, both collectively and as individuals.