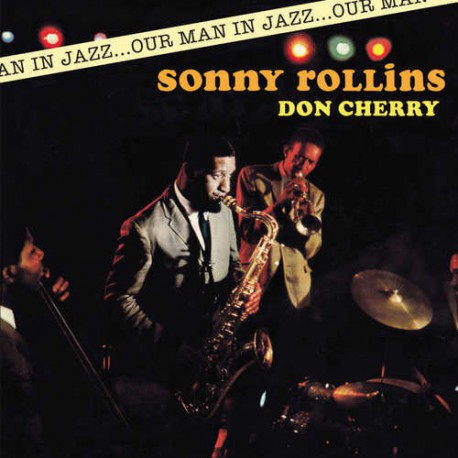 And Don Cherry - Our Man in Jazz

And Don Cherry - Our Man in Jazz

This release presents the complete original album Our Man in Jazz (RCA Victor LPM 2612), which marks Sonny Rollins’ first recording ever with Don Cherry, as well as one of the earliest LPs made by the saxophonist following his three-year long self-imposed musical exile. It was all recorded in a piano-less quartet format with Bob Cranshaw on bass, and Billy Higgins on drums. Henry Grimes replaces Cranshaw on three short tunes taped by the same formation shortly after for a compilation album. As a bonus, alternative versions of the three tunes on the original LP, which were recorded by Rollins in previous years.