> Sellos>Pi Recordings>Reunion : Live in Ny with D. Holland, B. Altschul 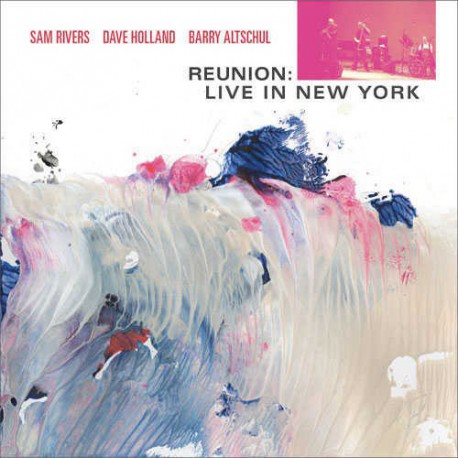 Reunion : Live in Ny with D. Holland, B. Altschul

Reunion : Live in Ny with D. Holland, B. Altschul

Prévenez-moi lorsque le produit est disponible
A historically important new release, Reunion: Live in New York captures saxophonist/flutist/ pianist Sam Rivers with his groundbreaking trio of Dave Holland on bass and Barry Altschul on drums recorded live in front of a packed Miller Theatre at Columbia University in 2007.
The trio was influential for helping lead the movement towards “free form” playing on the “loft jazz” scene in the 1970s. Over two sets, their powerful rapport in these fully-improvised performances gives no clue that they had not played together in 25 years when this concert
took place.
The release coincides with what would have been Sam Rivers’ 89th birthday; he passed away on December 26, 2011.A leading figure in jazz, Rivers led a remarkable assortment of aggregations, from the small groups on his four classic albums on Blue Note in the 1960s to duos to big bands over the following decades. He also played in the bands of such luminaries as Miles Davis, Andrew Hill, Cecil Taylor and Dizzy Gillespie and his composition Beatrice is a standard in the jazz repertory. His big band albums Inspiration and Culmination from 1998 were both nominated for the Grammys.