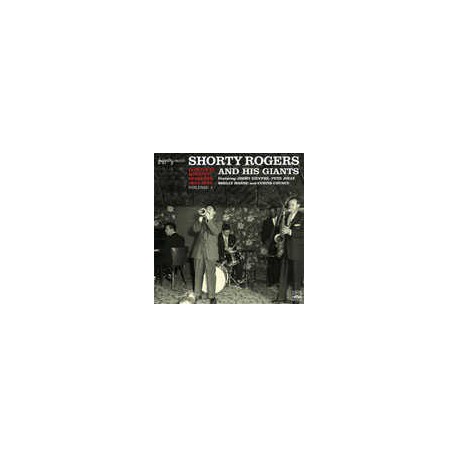 The Giants made their recording debut by cutting four tracks with RCA Victor in September 1954, before signing with Atlantic Records, when they recorded "Martians Come Back" in 1955 (CD 1).

More space-themed tunes flowed during their time at Atlantic (CD 2) and the four first sides on CD 3 were the last Shorty Rogers recorded with his quintet during his Atlantic interim before he returned to RCA Victor. Under this new contract, and with Larry Bunker replacing Shelly Manne, they recorded a new album, "Wherever the Five Winds Blow".