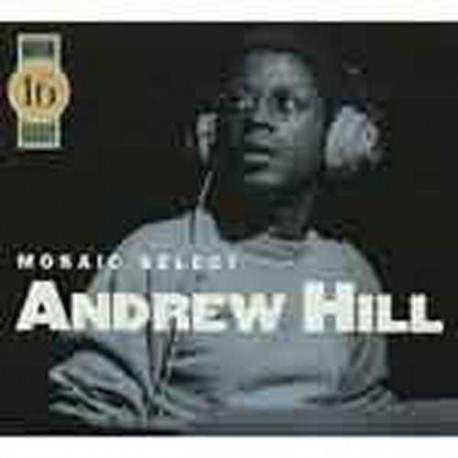 Prévenez-moi lorsque le produit est disponible
The 2003 release of Andrew Hill's Passing Ships on Blue Note set off a torrent of requests for more unissued Hill material. After some discussions with the artist, we came up with a solution: clean out the closet in one fell swoop.
With the release of these sessions, recorded between 1967 and '70, every piece of music from Andrew Hill's Blue Note recordings has been issued. This outstanding, unique pianist-composer is heard in a variety of contexts, and only six of the 31 selections on this set have ever been out in any form. Their common denominator is Andrew's brilliant improvisations and unique compositions.
The 1970 sextet with trumpeter Charles Tolliver and saxophonists Pat Patrick and Bennie Maupin features six challenging pieces played with drive and swing. Some of the best writing in the set comes from two 1969 dates that pair Hill's quartet (Maupin, Ron Carter and Mickey Roker or Carlos Garnett, Richard Davis and Freddie Waits) with a fully integrated string quartet. Three tunes from each of these projects were previously issued, but now the entire sessions have been newly remixed from the original eight-track tapes for release.
A February 1967 session with saxophonists Robin Kenyatta and Sam Rivers features Hill's recorded debut at the organ on two selections, an instrument to which he returns for two pieces on his May 1967 trio date with Ron Carter and Teddy Robinson. From October 1967 comes a powerful septet date with Woody Shaw, Kenyatta, Rivers and Howard Johnson in the front line.

(C) Andrew Hill, piano; Ron Carter, bass, Teddy Robinson, drums.
Hill plays soprano sax on a section of "Six At The Top" and organ on sections of "Resolution" and "Nine At The Bottom".
Recorded on May 17,1967.