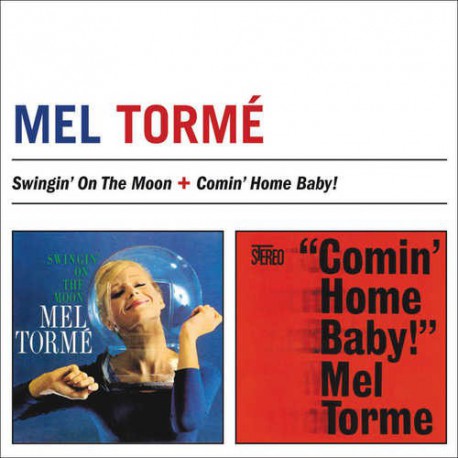 This release contains two outstanding albums by Mel Tormé. The first is the long unavailable 1960 thematic LP Swingin’ on the Moon (Verve MGVS6-2144). Arranged by Russell Garcia, it compiles a dozen moon-related songs. This is followed by the 1962 album Comin’ Home Baby! (Atlantic SD8069), on which the singer is backed by a swing group conducted by Shorty Rogers. It features such stars as Rogers himself on flugelhorn, and saxophonists Bud Shank and Bob Cooper, and includes vocal versions of famous songs composed by jazzmen usually played as instrumentals. While some of this music has appeared before with inferior sound, this CD presents both albums newly and carefully remastered to offer the best possible sound quality. In addition, two extra songs which complete the Comin’ Home Baby! sessions but were not included on the original LP.

MEL TORMÉ, vocals on all tracks, plus:

Total time: 77:05
* Bonus Tracks: From the same sessions but not included on the original LP.