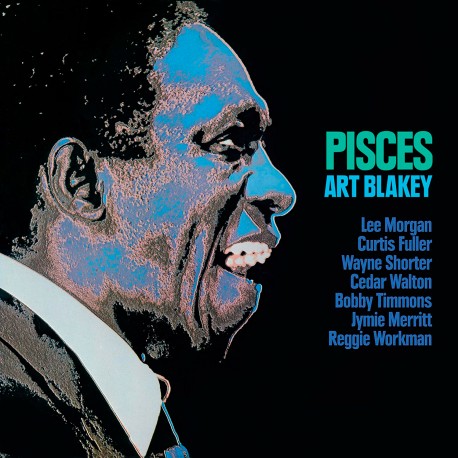 This release contains Art Blakey and the Jazz Messengers’ complete original album Pisces (Blue Note GXF 3060), which appears here for the first time ever on a single CD. It features an amazing lineup, with the leader on drums, Lee Morgan on trumpet, Curtis Fuller on trombone, Wayne Shorter on tenor sax, Cedar Walton and Bobby Timmons alternating on piano, and Jymmie Merritt and Reggie Workman alternating on bass. As a bonus, an alternate versions of “Ping Pong” and “United” (recorded six days after the takes included on Pisces), as well as three songs which complete that session.