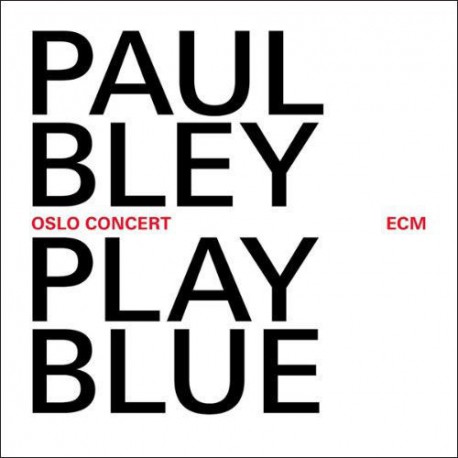 The solo medium is one that Bley first broached on ECM. The 1972 recording Open, To Love was to prove one of the defining works in the unaccompanied genre, and at least as influential in its way as Paul’s classic jazz trio albums of the 1960s’s – such as Footloose!, Touching, Closer – had been. 35 years would elapse before the release of a ‘sequel’ at ECM, Solo at Mondsee, with Bley’s kaleidoscopic transformations of standard themes in a series of variations.

Bley’s vision of musical freedom – as Play Blue again makes plain – is inclusive. Even at the height of the 1960s free jazz movement, Bley argued that the aesthetics of earlier jazz could and should be incorporated by a revolutionary art form. His discography and his live appearances have made the case ever since, with radical, intelligent music whose phrases can reference the blues or bebop, Berg or Bird, Ayler and atonality. In or out of the tradition he still sounds like irreducible Bley in every line. His touch is instantly recognisable.