> Sellos>Delmark>Sun Rooms - from the Region 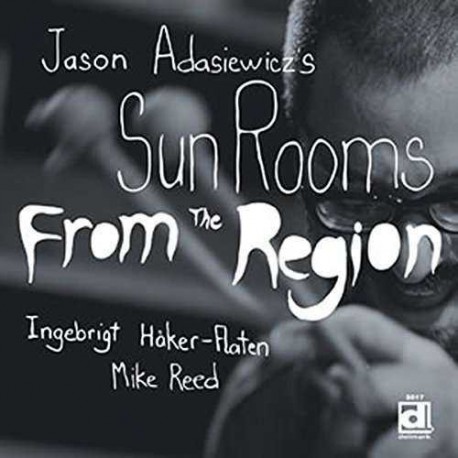 Sun Rooms - from the Region

Sun Rooms - from the Region

From the Region documents Jason Adasiewicz's Sun Rooms as they explore the sparse territory of the vibraphone trio. On their third record, the Chicago-based collective navigates a new batch of tunes written by Adasiewicz, called "one ofe the great vibraphonists of our time" by critic Kevin Whitehead. Long time collaborator and drummer Mike Reed also contributed a tune for the new record. In this new venture, renowned bassist Ingebrigt Haker-Flaten fills large shoes after the bittersweet departure of Nate McBride. International tours have kept the group pushing the boundaries of the Chicago sound, embodying: "We are all drummers and we all want to swing". A conversation with Jason Adasiewicz collected by Josh Berman enclosed.