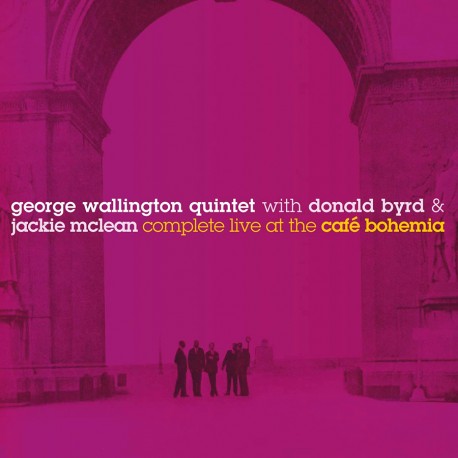 Complete Live at the Café Bohemia

Complete Live at the Café Bohemia

This release presents the George Wallington quintet’s September 9, 1955 performances at the Bohemia in their entirety for the first time ever. As multiple sets were recorded that evening with frequently repeated numbers, subsequent editions of this music tended to choose some performances, while leaving out others. The inclusion of ALL of the material recorded at the Bohemia on September 9, 1955 is especially important when taking into consideration the incomparable all-star lineup of George Wallington’s quintet, which at the time featured Donald Byrd on trumpet, Jackie McLean on alto sax, Paul Chambers on bass and Art Taylor on drums. The superlative and exciting music produced from these performances exceeds thexpectations created by a band composedsolely of musicians of the highest caliber.