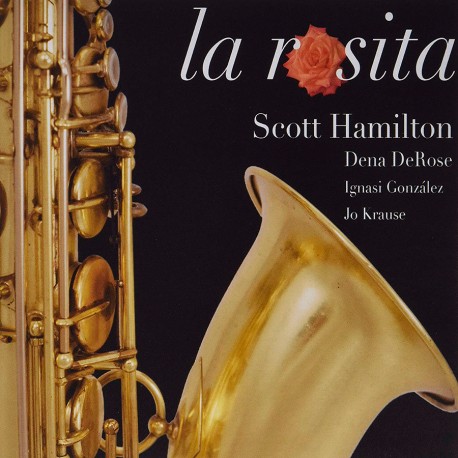 When Scott Hamilton appeared in the mid-’70s fully formed with an appealing swing style on tenor, mixing together Zoot Sims and Ben Webster but yet with a very personal sound, he caused a minor sensation, for few other young players during the fusion era were exploring pre-bop jazz at his high level. He was a nonexistent species at the time. Today he is one of the living legends of contemporary jazz and one of the best saxophonists which we can enjoy live.

Just as it to prove that affirmation this new album, with an extraordinary natural and warm sound, was recorded live on December 7th, 2015 in Benicásim, Spain. The great New York pianist Dena DeRose, Catalan bass player Ignasi Gonzalez and German drummer Jo Krause join Scott to play a great set of our favourite music. Lady Bird, Willow Weep For Me, Garota de Ipanema, The Way You Look Tonight and, closing the disc, an off the beat but fun and wonderful interpretation of La Rosita.

Dupont & Stuart wrote the piece to be played by the pianists accompanying Ernst Lubistch (first) silent movie in the big cinemas of the 1920’s. A Bolero model of Hawkins and Webster’s but making it more nostalgic and with a blatant vitality, Hamilton leaves us a rare jewel even within his consistently high playing standards.