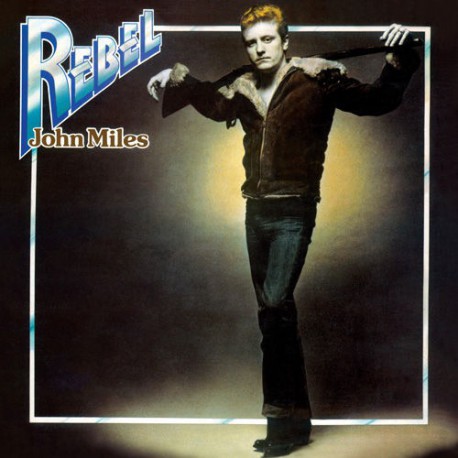 the acclaimed first solo album of the supremely talented guitarist, pianist and vocalist John Miles:"Rebel". Released in 1976, it was his most successful album to date, and contained the top-hits “Highfly” and “Music”. The latter is one of his most memorable songs. When Miles eventually signed to Decca in the summer of 1975, he was introduced to producer Alan Parsons (Miles would later sing on several albums of the Alan Parsons Project). The firstsong they recorded was “Highfly”, released as a single in 1975, and reaching #17 in the UK and #68 on the U.S. Billboard Hot 100. Because of the single’s success, plans were made to record a full album and the making of the LP took place in November–December 1975 at Abbey Road Studios. When the song “Music” was released, it became an instant hit reaching #3 in the UK, and paved the way for a U.S. tour supporting Elton John. Rebel is a near-perfect blend of progressive and melodic pop rock sensibilities, that will please both prog-rock/70’s enthusiasts and all-time pop lovers.

Recorded at Abbey Road Studios during November and December 1975.