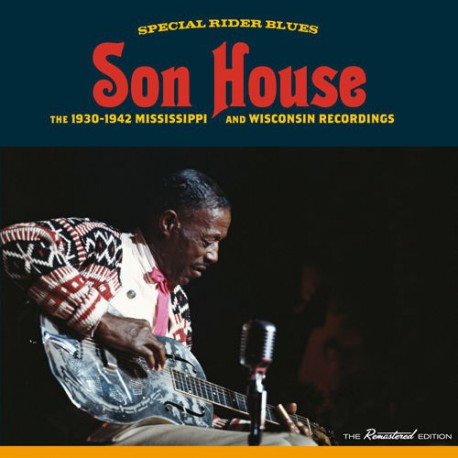 The 1930-42 Mississippi and Wisconsin Recordings

The 1930-42 Mississippi and Wisconsin Recordings

This newly remastered 2-CD release contains Son House’s earliest tunes, including “My Black Mama,” “Preachin’ the Blues,” and “Dry Spell Blues,” among other masterpieces. The set opens with an early recording of House’s signature song, the soulful “Death Letter Blues”. The set contains three different sessions recorded by the blues giant in 1930, 1941, and 1942, respectively. The oldest session was captured in Wisconsin, and subsequently issued as 78rpm sides by Paramount Records. The other two dates were taped in Mississippi by Alan Lomax for the Library of Congress and Fisk University, including 7 tracks where House performed accompanied by other bluesmen, such as Willie Brown, Fiddlin’ Joe Martin and Leroy Williams.

These sensational recordings are a treasure of incalculable value, which would form the basis of Son House’s legend and secure his reputation asone of the greatest blues fi gures of that classic era. It is truly an indispensable set for any folk-blues devotee.

With the exception of CD1, tracks 12-18, accompanied by Willie Brown (vocals and guitar), Fiddlin’ Joe Martin (vocals and mandolin), and Leroy Williams (harmonica).

Recorded in Wisconsin and Mississippi, between 1930 and 1942.