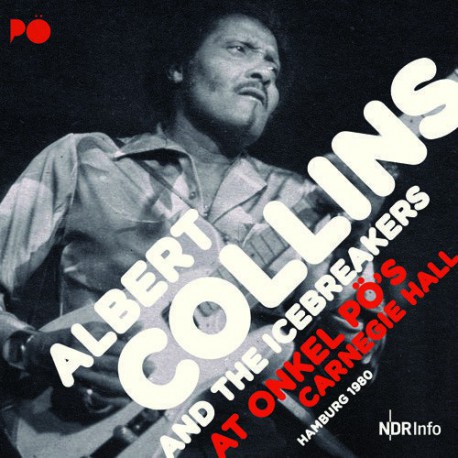 Just two years after his brilliant debut for Alligator Records, Ice Pickin’, we find him performing at Onkel Pö‘s Carnegie Hall, in Hamburg in 1980. Albert Collins, "The Master of the Telecaster," "The Iceman," and "The Razor Blade" was robbed of his best years as a blues performer by a bout with liver cancer that ended with his premature death on November 24, 1993. By that time he was on the cusp of a much wider worldwide following via his deal with Virgin Records' Pointblank subsidiary. In the middle he had performed mainly in obscurity before finally finding a following in the mid-'80s. This album documents Collins on his rise to a well deserved fame.