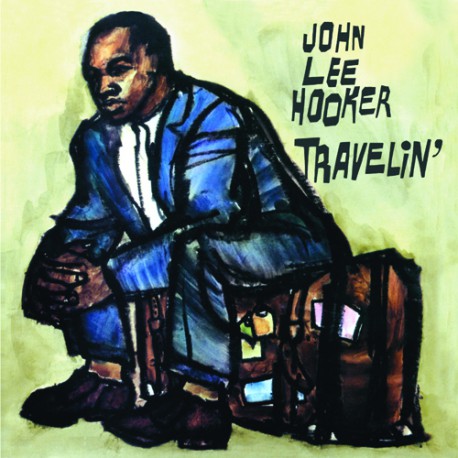 This quintessential collector’s edition includes two of John Lee Hooker’s finest albums: "Travelin’· (1960), and "I’m John Lee Hooker" (1959), both originally released by the Vee-Jay label. His association with Vee-Jay Records (from the 1950s to the early 1960s) marked a creative peak for Hooker (1912-2001). He taped some of these early songs at a special moment in his career when he was allowed more space between recording sessions.

Prior to that, R&B labels were milking him for a different recording every month, sometimes under different names (such as John Lee Booker, Texas Slim, Birmingham Sam, Delta John, and Boogie Man), while during his later period the folk and folk blues revivals saw him doing almost one recording each week! Hooker clearly benefitted from his association with Vee- Jay.

The excellent, and sadly defunct, African-American owned label provided quality production, recording and presentation for Hooker’s music. Compared with a lot of his other record companies (such as Modern, J.V.B., Rockin’ and Chance Records, among others) Vee-Jay treated Hooker as a serious artist, worthy of pristine sound quality, enough time in the studio to get the take right, and tasteful accompaniment typically featuring just drums and bass.