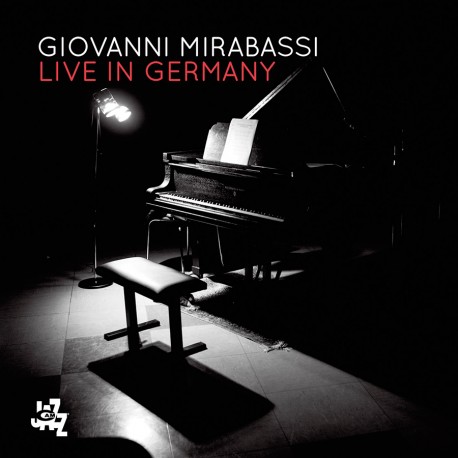 On 16 September 2014, in the recording and concert hall at Bauer Studios in Ludwigsburg, Germany, Giovanni Mirabassi put on a piano solo performance before an audience bewitched by his tribute to three singers through renditions of his most favourite of their songs: Ella Fitzgerald, Mercedes Sosa and Edith Piaf. After all, this extremely well-received concert was also a tribute to three countries with very different sonic backgrounds: the U.S., Argentina and France, the last being the adoptive country of this jazz piano star, where he is much appreciated and has been living for quite some time.  Mirabassi is in a state of grace when launching himself into pieces so thoroughly internalized that he can convey their original melodic and harmonic essence through just a few masterful strokes of sound, but weaving into it an emotional world animated with colours, sensations, nuances completely free and instinctive, deeply his own. This CD includes three improvised tributes to Ella, Mercedes and Edith, true gems, unscripted and polished on the spot.  You can listen to all that happened during this impressive live performance in Germany, on a mild day in September, throughout the passionate, sweet, joyful and sometimes also wistful flow of the thirteen tracks on this CD. You can also perceive the small miracle of empathic communication that took place between Mirabassi and his audience in a concert hall with excellent acoustics where no nuances were missed: because this same small miracle takes place when listening to this recording.

Recorded in Ludwigsburg on 16 September 2014 at Bauer Studios.