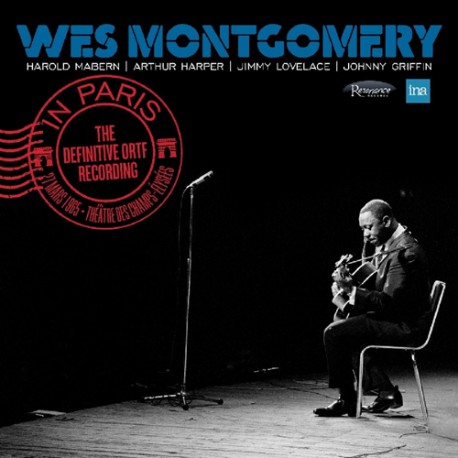 In Paris - The Definitive ORTF Recording

This release captures the jazz guitar legend in concert during his only tour of Europe on the night of March 27, N1965 at the Théâtre des Champs-Élysées in Paris, France. Considered perhaps the greatest live WesN Montgomery performance ever, In Paris is being released in partnership with the Institut national de l’audiovisuel (INA) Nwith remastered high-resolution audio transferred directly from the original tapes, and will mark the first Ntime the Montgomery Estate will be paid for this recording, which has been available as various bootlegs sinceN the 1970s.

Recorded at the Théâtre de Champs-Élysées in Paris, France on Marcha 27, 1965.