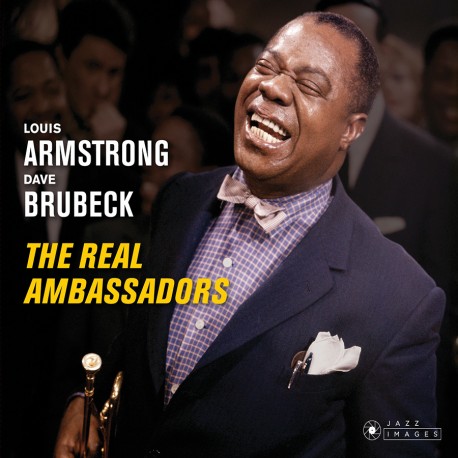 "The Real Ambassadors" (Columbia OS2250) was the first and only collaboration between Dave Brubeck and Louis Armstrong. It also features Carmen McRae, and the trio of Lambert, Hendricks & Ross. The album consists of the music from a Broadway play written by Brubeck and his wife, lyricist Iola, full of anti-racism songs and tunes that celebrate human understanding. Despite the star-studded cast, it only had one live performance (at the 1962 Monterey Jazz Festival), and the only existing version is the studio recording presented here. An instrumental reading of the ballad “Summer Song” by the Dave Brubeck Quartet, as well as four tunes presenting Carmen McRae backed by the same group (the only vocal tracks from the Brubeck LP Tonight Only!) have been added here as a bonus.