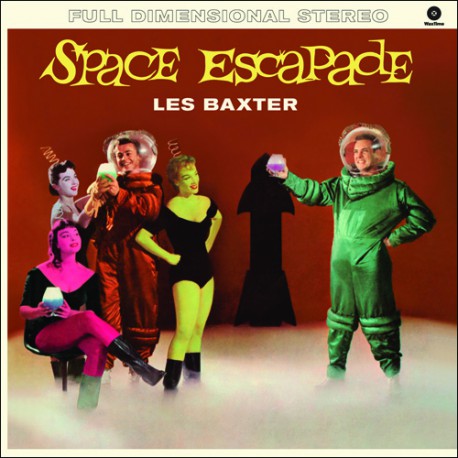 Presented here is one of his most iconic albums and probably the most sought after among collectors: "Space Escapade" (Capitol ST968, 1958). This album is the holy grail to Baxterites and students of the Exotica genre. It showcases all of the eclecticism and sensual orchestral effects that are Baxter’s remarkable trademarks. Its artwork is also considered a classic Space Age Pop cover: a colorful shot of astronauts and space women enjoying friendly banter at a lively space cocktail party.

This reissue is supplemented by 4 BONUS TRACKS corresponding to a selection of Les Baxter’s hit singles that charted on the Billboard Top 10, including two of his best-selling number one hits: “The Poor People of Paris” and “Unchained Melody”.