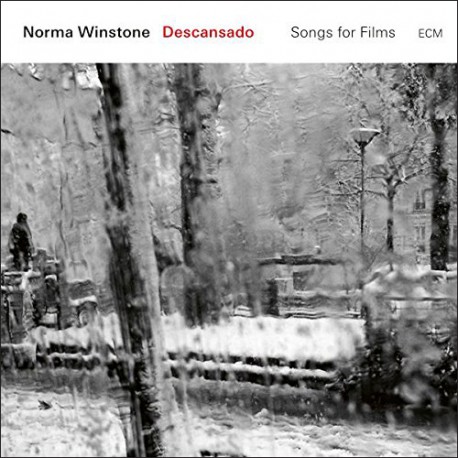 Prévenez-moi lorsque le produit est disponible
For its fourth ECM album, a creative journey into the world of film music, Norma Winstone’s trio with Klaus Gesing and Glauco Venier is augmented by guests Helge Andreas Norbakken and Mario Brunello. Together they explore music written by Nino Rota, Michel Legrand, William Walton, Bernard Herrmann, Ennio Morricone, Armando Trovajoli, Madredeus, Luis Bacalov and Dario Marianelli for the movies of Scorsese, Godard, Wenders, Jewison, Zeffirelli, Olivier and more.
Descansado, named after Trovajoli’s regretful-yet-buoyant tune for Vittorio De Sica’s 1963 film Yesterday, Today and Tomorrow, is an album that works on several levels. Thoroughly involving as a set of graceful songs, it also invites the listener to reflect on the creative relationships between directors and composers, and the many ways in which music so often subtly contributes to the emotional tone of a film.
Some of the pieces here count as classics of the film song genre, among them Nina Rota’s “What Is A Youth” and Michel Legrand’s “His Eyes, Her Eyes”, transformed in the performances by Winstone and company. For six of the songs Norma has written new words.