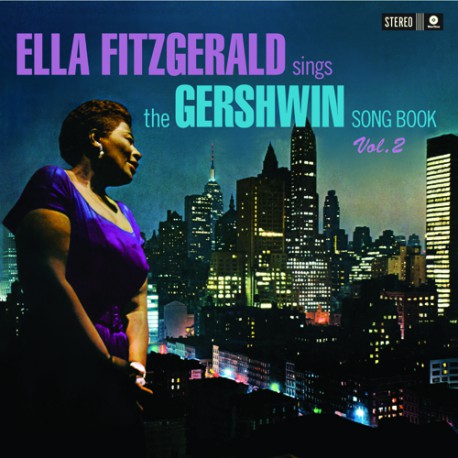 Prévenez-moi lorsque le produit est disponible
This edition presents the complete LP "Ella Fitzgerald Sings the George & Ira Gershwin Song Book Vol.2" (Verve Records MGV-4013). Along with the first volume, it presented a selection of the very best songs from the original 5-LP set, which was one of the most ambitious of the celebrated song books recorded by Ella and one of the best vocal jazz albums ever made. Norman Granz produced the 5-LP set in 1959. The album would mark one of Granz’ most important projects with Ella. Various multi-LP sets had been issued prior to Ella’s Gershwin tribute, but they were primarily classical music collections, or popular or jazz compilations featuring works by certain artists which covered lengthy parts of their careers. The Gershwinalbum, however, presented 59 Fitzgerald interpretations made during a brief eight-month period from January to August 1959. By the time she made this set, Ella had already recorded song books by Cole Porter, Richard Rodgers & Lorenz Hart, Duke Ellington, and Irving Berlin. In fact, she had even attempted an earlier Gershwin song book in 1950, when she was still working for Decca. Issued as a 10” LP under the title of "Ella SingsGerswhin" (Decca 10” LP DL5300), it contained eight songs and presented the singer in a duo setting accompanied by pianist Ellis Larkins.

ELLA FITZGERALD, vocals on all tracks
Orchestra conducted and arranged by NELSON RIDDLE